Ruby functions on Google Cloud. A guide for automated testing and deployment 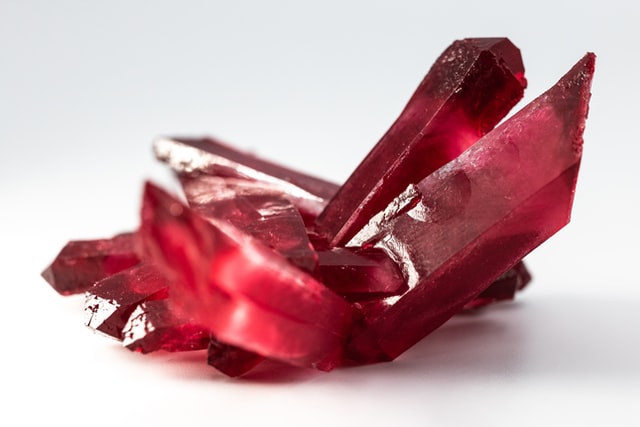 Photo by Jason D on Unsplash

Less than a week ago, Google Cloud announced the availability of cloud functions using the ruby programming language. As an ex-ruby developer, I was delighted by this news as I will always have a soft spot in my heart for ruby as it was my first language I learned as a software developer.

For some fun, I wanted to explore how you might build, test and deploy your function code in an automated manner. But I wanted it to do something interesting, not just respond with Hello, world! Right now, as I type this, bitcoin is going through a huge spike in price which has caused a buzz, so why not combine two hot-right-now topics!

This guide will help you setup a ruby function, test it, and deploy it using free automation tools inside the free-tier from both Google Cloud and Github. If you don’t already have accounts for these services, feel free to sign up or just follow along.

We’ll be deploying (and I’ll include a link to the sample code) a ruby function which gets the current bitcoin price from a public API and returns it to the user.

Before we begin, you can either clone the same repository and push it to your own account or you can create the files from scratch. If you want to learn something, try to follow along and enter the code, but the source code is there if you need it, make a mistake or get lost in the guide.

You’ll also need ruby 2.6 or greater installed on your system.

Side note: we don’t have to use the return statement, but I personally find ruby’s implicit return very strange to look at, so I have included it here.

As we can see from the test file, we’ve got a mocked response which was our actual response when we went to visit the server in our browser. We use webmock to stub out the request and return the string version of the JSON object the API sends over.

Our test asserts that the function will respond with a 200 status code and that the response body will contain the current bitcoin price.

Now the fun begins! We’ve written our code and now we want to show it to the world. First thing’s first though, we need to make sure it’s not a case of “works on my machine”!

With our automated tests done, we can now look at automated deployments!

As I am sure you can guess, this will deploy the function in Australia region, and allow anyone to invoke the function without the need to be authenticated. The other flags describe the runtime to use and where the source code is. Given it’s just a simple flat directory, we denote this location with the use of a dot .

With the files written and the tests completed, it’s time to wire it up on the cloud. All we need to do is setup a trigger in the cloudbuild console to deploy this function each time a change is detected on the main branch. What this means is that the build will only fire after a pull request is merged (or someone pushes to the main branch), which as we’ve setup earlier will ensure the tests are running before such merges are made.

To setup a trigger, follow the process in the console here: https://console.cloud.google.com/cloud-build/triggers/add

Putting it all together

Ok, with the deployment config set it’s time to test!

Start by making sure all your code is committed and pushed.

Then create a branch, push it and then open a pull request. You should see your tests running (if not instantly wait about 20 seconds) in the Checks tab of the PR.

Once the tick appears indicating the tests have passed, merge your code. You’ll then see a build kicking off in the cloud console.

If you get any permissions based errors you may need to assign a special privilege to the cloudbuild service account. 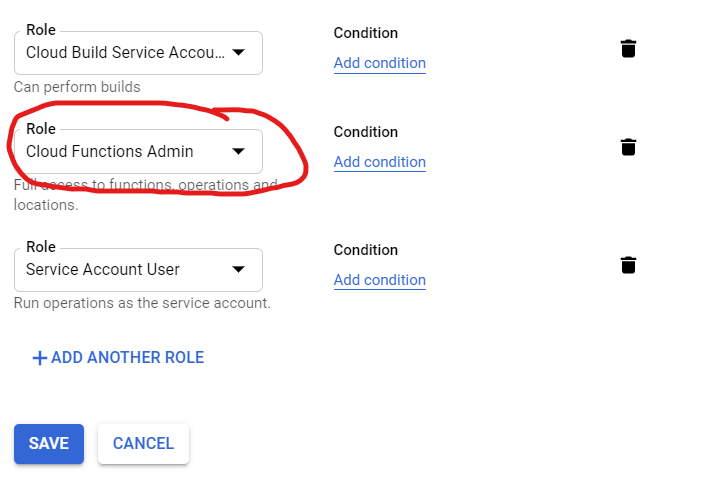 Note that this is quite a wide privilege set. I would recommend testing that this solves the permission issue, and then narrow down the scope to only allow the correct permission required to make the change. This is good security habits, and follows the principle of assigning the least amount of privilege to the service account in order for it to accomplish it’s task.

If permissions are all good at the end of the build cycle you’ll be able to see a URL of where you can access your newly built function.

Look in the logs for this:

If we visit https://australia-southeast1-jkpersonal.cloudfunctions.net/getPrice we’ll get a current price on the value of bitcoin.

Congratulations! If you made it this far, you now have a working ruby function deployed completely via automation which is tested too.

Are you a ruby developer? Did you learn something? I love feedback of any type! Please let me know if I helped you or if you can use what you learned here. You can find me on Twitter or get in touch the old fashion way, via the contact form.